To Separate or Not: The Art of Working with Couples 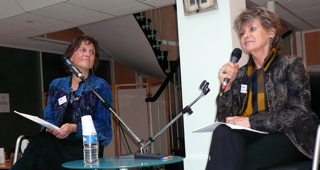 When family therapy and couple therapy emerged in the late 1950’s and 1960’s, psychotherapy, at least in our arena, experienced a shift to systemic thinking.  By redirecting its focus from an intra-psychic exploration of problems to locating them within a system and working to change them at the interactional level, this kind of psychotherapy underwent no less than a paradigmatic change in how it viewed the formation of problems, the role of the therapist, and how it conducted itself.  The general modus operandi that emerged was based on the belief that all the members of the system, be it the family, parents and children, or the couple, should be seen together. Based on their view that problems were systemic in nature, therapists made a big effort to bring together all the members of the system they thought to be crucial to the resolution of those problems before beginning to work on them.  Of course, sometimes not all members were available for coming to therapy, be it due to disinterest, disbelief in the usefulness of therapy, or difficult working schedules, geographic impediments, etc., and then therapists could either opt out of this kind of therapy, or work with whoever was able to get there.  Even today there are many couple therapist who will not proceed with therapy unless both partners are present.

In 1983 John Weakland wrote a very consequential article on this subject matter, pointing out essentially two things that are of interest here: First, that interactional systemic therapy could be practiced with an individual, and second, that there were benefits to separating couples or family members.

1) Interactional (systemic) therapy could perfectly well continue to be practiced, even if only one member of the interaction or system were present, for according to systems theory, a change in any one member of the system has repercussions on all members.
To quote John: “it should be feasible to influence the behavior of any member of a given system indirectly, by influencing the behavior of another member …”, and  “the more one takes the concept of interaction seriously, the less such matters as … the number of persons seen together are definitive of treatment”.
Perhaps John’s most important argument for abandoning his earlier stance favoring conjoint family therapy (with Don D Jackson in the 1960”s) was the Brief Therapy Center’s finding that what sustains a problem in the present – no matter where it comes from – are the behavioral interactional solutions that in spite of their failure to resolve the problem, clients continue to apply.  And together with Brief Therapy’s practice of taking the problem presented by the client at face value, it was no longer necessary for the therapist to observe family interaction in order to discern the nature of the problem.

2) There were benefits to separating families or couples under many circumstances, not the least of which was when there was so much conflict or fighting that not much therapy could go on.  Or for example, when therapy did not progress because one or several of the members of a given system were not interested in working.  When timing is often at the heart of success, one can understand the limitations imposed by uniting the willing and the unwilling.  Also, by seeing a client individually, the therapist could more fully take into account that particular client’s position.
Thus John gave both a rationale for why systemic therapy need not be abandoned simply because one finds it more possible to work with individuals of the system, and a convincing argument for why under certain circumstances it may even be more fruitful to separate couples, family members, etc.

We believe John’s major contribution with this paper was that he opened up family and couple therapy to new possibilities: the flexibility of being able to work even when not all members could be present; greater efficiency by allowing work with the more motivated, sometimes more influential (as is the case of parents) member of a given system; and giving therapists a choice as to who they want to work with at any given time.

In pursuit of this new strategy, the team at the Brief Therapy Center generally opted for separating couples, mostly deciding to work with the partner they thought to be the more motivated client – the one they considered to be the actual “customer”.  They were able to prove the efficacy of working with the individual systemically, and “separating” partners developed into a very viable option.

In our work with couples (and in the training and supervision of others’ work with couples), as members of the next generation, if you will, we are in a position now to be able to look back and weigh all of the options:  When might it be optimal to “separate” a couple, when a mix of modalities would be most useful, and what might be gained by keeping a couple together in our sessions with them. 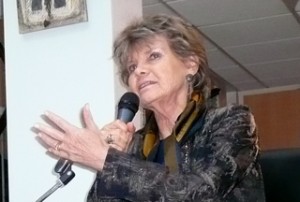 Obviously, if one can only see one member (because the other refuses, or can’t come due to time constraints) then we work just with one.  But if both are available then we have choices.
Here are some of the considerations that inform our choices:
Even if we are seeing a couple together, we try to separate them at least once:
To give each client the opportunity to give the therapist information they may not readily reveal in the presence of the other.  Such as that they are really finished with the relationship and want out but are having difficulty saying so.  Not knowing such information can unnecessarily slow down or derail the therapy.  So one might separate a couple at least once even if planning to see them generally conjointly. 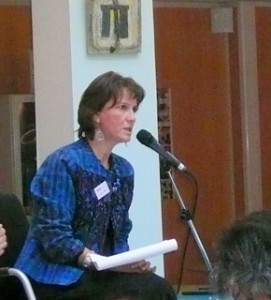 Unless…
You can’t separate them. I was working with an orthodox Jewish couple where the husband believed anything his wife had to share should be done in his presence – that she did not have thoughts that were unknowable to him.
Or, I was working with a woman in individual therapy who reported that the previous two attempts at couple therapy had failed following the clinician seeing them separately.  In both cases the husband assumed that the therapist had been “contaminated” against him based on what his wife had said about him in private – and no amount of reassurance had worked.  In this case, I coached the wife to say to the new couple’s therapist that there is nothing she couldn’t say in front of her husband as a way of preventing another failure.
Separate
To give the therapist the opportunity to fully hear and understand each client’s position.
Unless….
It would be useful for them to hear each other’s position.
Paul’s circular question of having each person describe the problem from the other’s point of view: “Madam, can you tell me the problem from your husband’s point of view?  And Sir, can you now tell me what your wife would say is the problem?”
This technique helps couples be less rigid by putting themselves in the other’s shoes.  And couples are often surprised that their partners have been listening.
Separate
To give a shy person a chance to talk, especially if their partner is much more articulate or assertive than they are.
Unless……
They may benefit from some help to express themselves with their partner present.  A therapist might help by observing that the articulate person seems to be doing all the work and to make room for the other to carry some of the burden by speaking for themself.

Separate
To give a reframe to one that makes the other’s behavior less offensive but which may be less than flattering for the other person to hear.  For example, reframing aggressive behavior as a sign of “insecurity” or frequent angry outbursts as “difficulty coping.”

Unless….
They can together create a reframe or positively connote behavior that is helpful to all, such as redefining a husband’s controlling behavior as “protecting” the wife (although she may not need it).

Separate
To create an intervention that is meant to be a surprise for the other, and thus less likely to be dismissed.  For example, a husband was recently asked to enter his home with a clown nose on to break the routine of immediately starting with a report of the day’s difficulties.

Unless
You want to help a couple share the responsibility for a change.  For example, by asking a woman how her partner can help her do x.  Or asking the partner, “when you forget what we’ve just agreed to, because everyone forgets at some point, how would you like your partner to remind you?  Thus getting them to share the responsibility even though it looks like one is being asked to make the change.

Separate
If a joint session is too intense, where the partners can’t hear one another, where they can’t seem to stop arguing or are already allergic to what the other says.

Unless…
The couple is already very distant – the kind of couple where they live on opposite sides of the apartment, rarely fight openly, or are in the same room together.  Here, seeing them together, having them talk to each other, is 180 from what they’ve been doing.

Separate
In a win-lose situation where each person is so rigid in their own position that they have lost the ability to negotiate.  One might separate them to teach each how to negotiate to create a win-win.

Unless…
The individuals are lousy negotiators and drift too easily back to their own positions.
I once helped a couple arguing over drinking where one partner insisted the other was an alcoholic and the drinker wouldn’t change his behavior because he didn’t want to concede that he had a drinking problem.  In this case, the situation was resolved encouraging one to ask the other to stop drinking as a favor to him because he didn’t like the effects.  The drinker here was perfectly willing to stop drinking in the presence of the other as a favor (but reserved the right to drink while the other was out of town).

At the BTC, they often worked with the same person, the “customer,” for the length of the therapy – making it easier to relate, not needing to explain the back and forth of working with both members of the couple.

And we continue to train others in this way.  But if you have experience, or are naturally comfortable with the back and forth of working with couples, such questions of who is the “customer” becomes moot.  More important is the strategic plan.  What do we want to accomplish next?
Do we want to understand someone’s position better?
Do we want to help this couple negotiate something together?
Do we want to coach someone to change their tone or stance vis-à-vis the other?
Do we want to have them help each other to create a change?

Lastly, working together our clients may find “common ground”. As Maturana & Varela (1987/1992) said, communication is the building of a world together.  Seeing our clients jointly may offer the opportunity to rebuild aspects of their world together, and, with the help of the therapist, perhaps in a new key.

Pour citer cet article : Barbara Anger-Diaz et Katharina Anger, To Separate or Not:  The Art of Working with Couples. 2011. www.paradoxes.asso.fr/2011/10/to-separate-or-not-the-art-of-working-with-couples/